Chrominus Lab is an Insane map made by The Little Creators (Michael228p_Dev, PurpleGuy_121, Dr_Right2 and hellohi2232004). It has 9 Buttons and can be played in FE2 Map Test.

Chrominus Lab takes place in a ruined facility, and lava is below the player(s).

First room: The first room looks sort of like a lobby, with the two entrances blocked off on the left, but not on the right, it's inspired by Sci-Facility Ruins.

First room-A: This room has two wall jumps, and a platform with a button above it, pressing it will result in the next room being opened up.

First room-B: This room has four small jumps, which are difficult to jump across, just to get the second button, pressing that button will open up the second room.

Second room: The Second room is a ruined room with platforms with corroding grids inside the platforms, leading to the Third room.

Third room: The third room has two lava's just like from After The Glorious except that this was made before it, both lava's go down giving the player a limited time to get down, when the lava gets below the lowest platform, the lava will turn into acid, giving the player a chance to press the button below it. Also it inspired by Hexagon Tower and Techno Lab.

Fourth room: Requires a swim through acid with an air tank.

Fifth or final room: Hard jumps on the sticks looks like a final room of Abandoned Lava Mines. 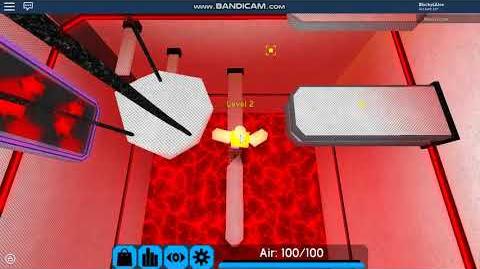 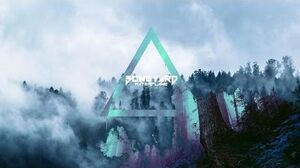