Dark Sci-Facility (DSF for short) is an Insane Map created by Crazyblox. It has a total of 7 Buttons (6 standard & 1 group). Ever since it was first released, this map is heavily proclaimed to be the hardest Insane Map in Flood Escape 2 to complete along with Beneath The Ruins.

The map is located in a high-tech facility that is exploding, hence the loud explosions heard during the gameplay. The first section's walls are light grey padded, with blue neon striking in the middle in some sections. The floor has the same texture as the walls, apart from the darker grey color, with some parts being transparent, revealing the lava below. The platforms are mostly the same material as the floor and the walls, with the occasional use of tubes and boxes. Once the player reaches the top of the room, they will enter a small room with blue hardware walls. After the small room, a passageway reveals a larger version of the room, with the hardware walls blinking in sync with the music. Apart from the main blue color, some of the platforms uses green and orange. The exit is located near the top of the room, being a small white room.

Lava rises extremely fast and many hard jumps appear throughout the level; thus, this map troubles a massive amount of players. There are two very hard platform-to-platform wedge jumps within the first half of the map which easily foil the attempts of most players. The box before the 3rd button kills many players because it can be a head-hitter. Players cannot make any mistakes; as the lava can catch up to a player very quickly, drowning or trapping them in one of the facility's rooms. Some people think this is easier than Beneath The Ruins, while others say that this is the hardest Insane map. 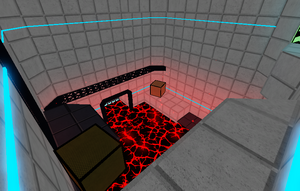 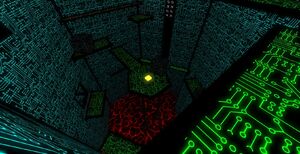 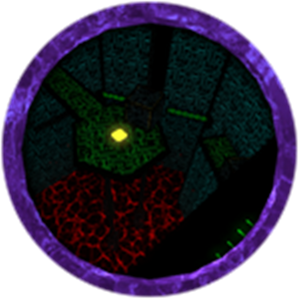 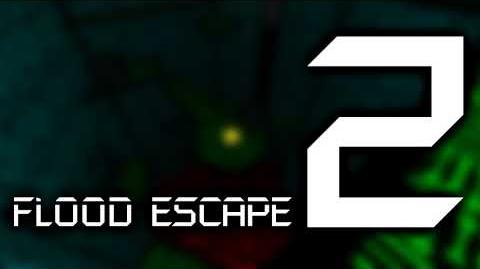 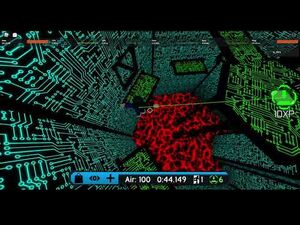 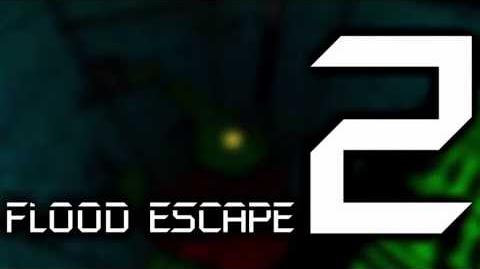