This is about the FE2CM version of Dystopia. If you are looking for the TRIA.os version, click here

2821281953 / x8l2mr
Dystopia is a community-made Crazy map that is a continuation of Future Ruins (Dark Future in TRIA.os). It is created by Enszo, Grande_Tony, & TWB_92. It has 5 standard Buttons, 1 group button, and is currently playable in FE2 Community Maps. It is the eighth map of Enszo's Timeline.

The map is followed by Waving Facility.

The map takes place in a dark, dystopian prison. It has many “laser cameras” that kill you upon contact and has a variety of difficult jumps. Its design makes use of dark and red colors, setting a dark atmosphere. The climbing part, has flags with the "INGSOC" logo scattered around it. Some jumps are very far, and a certain jump during this section is especially difficult to make. At one point in the map is a room with a rotating laser camera, and comes after the 5th button is pressed. Close to the finish, you press a button and a camera above you briefly flashes. At the last room, you must make your way through transparent walls in a cramped corridor to escape a guard chasing you. In the end, you come to an area that looks like the outside, but reveals to be fake and the floor opens, which reveals the start of Waving Facility. Two kill bricks are placed at the start of the last part and the guard.

In April 2019, Crazyblox changed Flood Escape 2's lighting technology from legacy to compatibility. This changed the visuals of Dystopia a lot, making it considerably darker & ruining a majority of the visuals. On April 18th, 2019, Enszo published a video showing a time-lapse of him revamping Dystopia, improving many visuals, adding more details, and buffing certain parts.

After the addition of shadow map (which made lighting more realistic, but also made it darker and hard to see.) Dystopia got revamped a second time, improving visuals and lighting the map up making it considerably easier to see. You can see a video where he revamps it here. 2 weeks later however, Dystopia was revamped once again, this time changing up certain parts of the game-play. Such as buffing certain areas and adding more detail to some platforms. A new notable revamped area is the 4th room/hallway where he added an extra jump while you're walking up a ramp, adding more details to the wall and once again, improving lighting. 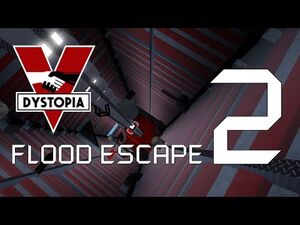 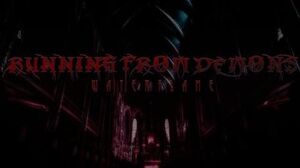 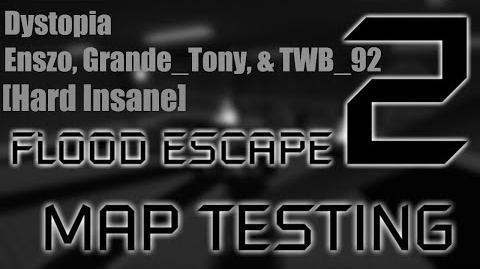 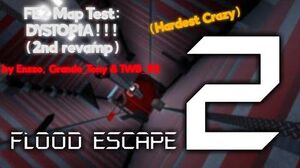 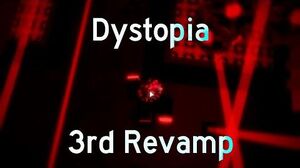 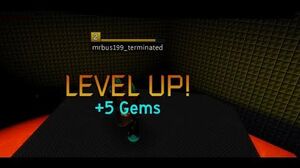