Humble Jungle was originally an upcoming Easy Map created by Crazyblox. The number of standard buttons was somewhere around 4. Sadly this map got discontinued via a Discord post.

The overall setting of Humble Jungle is in the middle of a small, flooding jungle. Players must climb many areas and ledges to get to the buttons. However, the jumps are very simple and easy to navigate as this is an easy map.

Players first drop down from the spawn area to an open area where 2 of the buttons currently are seen.

Not much more has been said about this map due to it being discontinued, and the latest news was back in April of 2020.

An older version of Humble Jungle 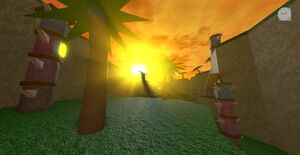 Most recent image of Humble Jungle, taken after the live stream on April of 2020. 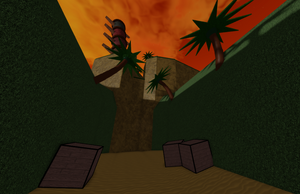 An image from Discord