Magmatic Mines is a community-made Insane Map created by Shortroundzach. It has total of 7 Buttons (4 standard & 3 group), and is currently playable across all of Flood Escape 2.

Magmatic Mines takes place in an abandoned mining site, with many rooms and caves, including a large mineshaft. The mining site also has a nearby lava like, which is seen to flowing from a nearby volcano. Despite being abandoned, the area is well lit-up by torches and lanterns scattered around the place. Near the end of the map, is a flooded cave, floating in it are boxes, with lava glowing in the cracks. The exit is a small room, with minecart on rail presumably leading to the outside area.

The map starts off at the main tower with another section next to it that starts off with wall jumps. When the 1st button is pressed, you go back to the main tower and jump down as the lava lowers, revealing a button. Once pressed, the players will go back up the mines and start the main tower, which has many minecarts, railings, and torches. Some players say that it reminds them of Sinking Ship because of the similarities. Then, the players go into a cave while doing some parkour and avoiding a falling stalactite. After that, they will go outside revealing a large lava lake with some pipes filled with lava in the background. In order to cross it, players must hop on the minecarts and platforms, and encounter another button. Once pressed, it opens the box containing the Air Bubble, as well as an underwater passage. The water will turn into acid quickly so you must be hasty. As soon as the players come out, one of them must hop onto a platform that has the final button and press it. After that, players can now cross thanks to the plank, and walk all the way to the exit. 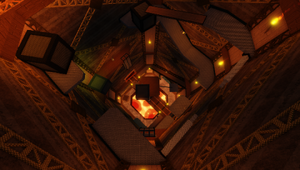 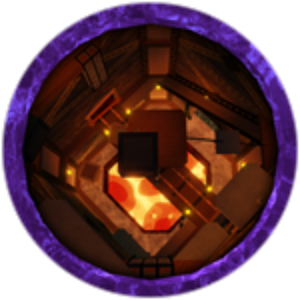 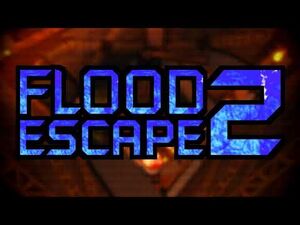 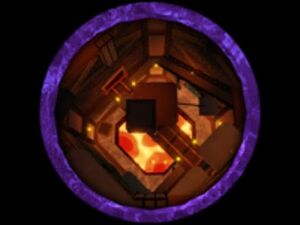 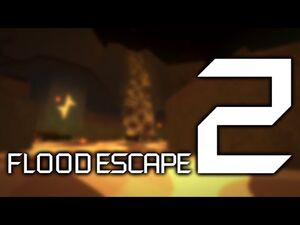 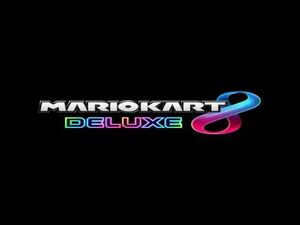