Rebirth is an option added in the '2018 April Update' that allows players to reset their levels back to 1 in order to get more Gems. This option was long-awaited by the community. The maximum rebirths a player can have is 15.

When a player reaches the maximum XP at level 100, they'll be given an option to rebirth when they are in the Lobby. Pressing the "Rebirth" button on the hotbar opens a prompt confirming if they want to rebirth, and if they accept, they are given a level up bonus (5 gems), their level reset to 1, and their rebirth count incremented, but as a consequence, multipliying the required XP to level up by an additive 10%, up to +150% at Rebirth 15.

The amount of rebirths a player has is displayed at the right of their level box on their overhead, which appears when the player survives or is in the Lobby. From gaining 5 gems for each new level, you can get an overall of 7,995 Gems by reaching the highest level a player can achieve. (Rebirth 15, Level 100). There are also Badges that are awarded upon first rebirth and every 5 subsequent rebirths.

Rebirth title on a player's overhead.

A note stating that you cannot rebirth in a Pro server. 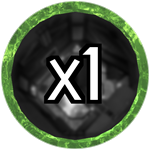 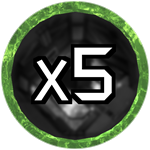 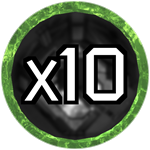 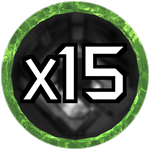